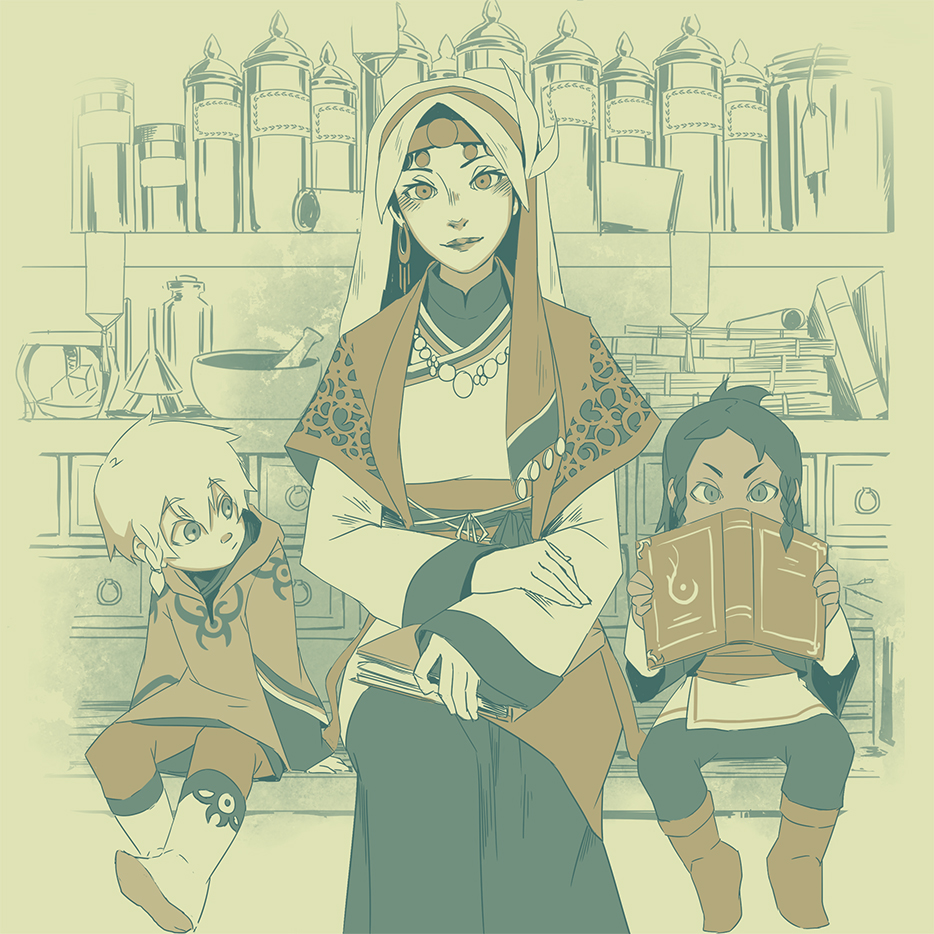 "Raruurien" is a heartwarming slice of life webcomic about Rien, a widow witch with two sons, living in a small mountain village. To maintain a peaceful life without her husband, she has to assimilate with the villagers, learn their culture, become a role model for her sons and also keep a low profile by confining her powerful magyx in public.

Ann Maulina is an artist from Indonesia, currently working as a freelance game and concept artist. She holds a Bachelor's degree in Visual Communication Design, which gives her a high advantage on art and design projects. She enjoys working on comic and art projects on her spare time. She also currently occupies her time working on various comic projects, including Glow (Kickstarter) as a sequential artist.

You can find her mostly at her facebook page